Off the Beaten Path in Punta Gorda, Florida 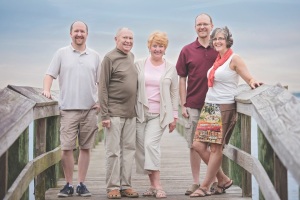 At Gilchrist Park in Punta Gorda

Just a few years ago, our travel experience on Florida’s Gulf Coast was limited to some time we’d spent in fun & touristy Fort Myers Beach and on beautiful Sanibel Island, famous for seashell collecting on its remarkable beaches & incredible birding at its Ding Darling National Wildlife Refuge. But we hadn’t ventured as far north as Punta Gorda until Jeff’s parents bought a retirement home there a couple of years ago. We’ve found that the small-town charm of downtown Punta Gorda offers a nice respite from the crowded beaches and souvenir shops that are found in the more touristed areas of Florida.

Punta Gorda has recovered nicely from the tremendous damage it suffered from Hurricane Charley in 2004. As a result, much of today’s downtown area is a few blocks inland from Charlotte Harbor, and several city blocks remain covered with little more than grass. However, rebuilding efforts were well-planned, and the variety of cafes, restaurants, shops, unique architecture, art, and the always busy Fishermen’s Village, a shopping/restaurant/entertainment/lodging complex that extends into Charlotte Harbor, make downtown Punta Gorda well worth a visit!

A farmer’s market is held downtown every Saturday morning, year-round. The market offers fruits and vegetables, baked goods, artists’ creations, meats and seafood, and much more. Every third Thursday of the month, Punta Gorda holds a Gallery Walk.  Many downtown businesses remain open late and offer live music, artist demonstrations, and giveaways. And birding is always an option, whether it be along the mangrove-lined waterfront or at one of several city parks. (We’ve even brought our binoculars to the Tiki Bar during happy hour!)

Each December, Punta Gorda hosts several Christmas events. There are lighted ship parades, both on Charlotte Harbor and on the many canals that wind throughout much of residential Punta Gorda. Gilchrist Park, on the waterfront, hosts “Christmas Card Lane” — a cute collection of small billboard-sized holiday cards from a variety of local businesses and organizations. Fisherman’s Village even offers Tuba Christmas — a free, worldwide event that features a tuba-only orchestra belting out carols!

But a real highlight of downtown Punta Gorda is its collection of outdoor murals. Many buildings throughout downtown boast murals that depict much of Punta Gorda’s history and natural beauty. The murals were begun in 1995, but Hurricane Charley destroyed 10 of the 20 originals. Since 2004, the lost and damaged murals have been repainted and several new ones added, bringing the total to 28. 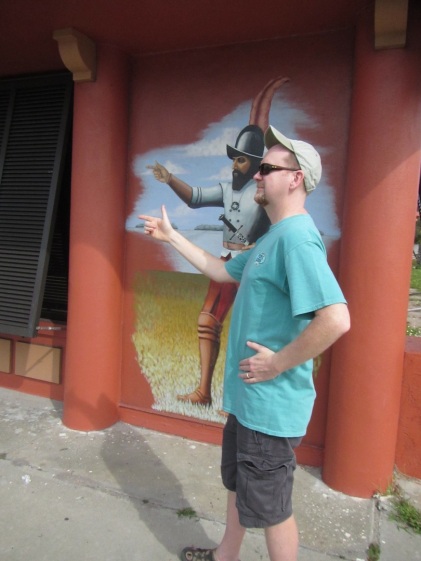 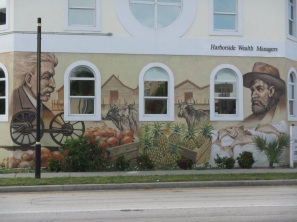 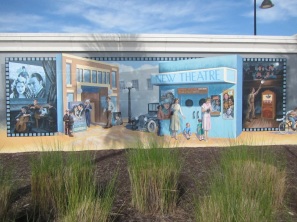 A map of the murals’ locations makes a self-guided walking tour easy. An old gas station and garage are adorned with depictions of four classic cars. A local bank sports a six-panel mural that details the history of banking in Punta Gorda. And the “Postcards in Time” series depicts a variety of historical Punta Gorda events, including a visit from Teddy Roosevelt.

While in Punta Gorda, consider picking up a free loaner bicycle and taking a ride along any or all of the 18 miles of bike and pedestrian paths. Cycling is easy on the flat roads, which make getting to the murals, one of several city parks, or Fishermen’s Village easy. Punta Gorda also offers a Harborwalk that connects Fisherman’s Village on the west to the Bayfront Medical complex on the east. Linear Park offers similar access on a north-south, automobile-free path.

Although busy Tamiami Trail (US 41) passes through downtown, the pace slows down quite a bit just a block or two off of the main drag in Punta Gorda. We’re looking forward to picking up some loaner bikes and doing more exploring this month!

Do you have an off-the-beaten-path destination you’d like to share? Leave a comment, and enjoy your next travel adventure, whether it’s for a week or a weekend! 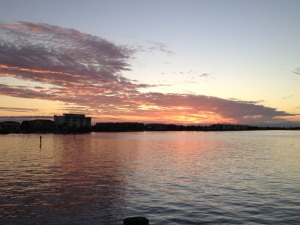