Tips from a Flight Attendant to Make Your Air Travel Great! 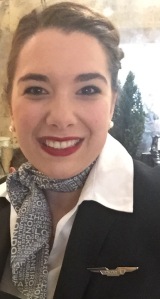 While we were in Denver this summer, we met up with our cousin Nicole for our Denver Urban Adventure Quest. Nicole works as a flight attendant for a major airline, and we thought it would be fun to get the inside scoop about being a flight attendant. Her first tip: don’t annoy your flight attendants! 🙂 Common courtesy and friendliness go a long way — a good thing to remember! After talking to Nicole, we were reminded that common sense isn’t always common! Here are a few insights she shared with us.

Some Airline “Do”s From a Flight Attendant 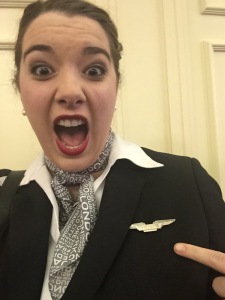 We asked her to name a city that had been a pleasant surprise, and, without hesitation, she mentioned Omaha, Nebraska. She told us she spent a few days on a layover there and enjoyed it quite a bit — very walkable with a nice old town. She was able to watch baseball games for cheap at the College World Series stadium, and they have a fantastic zoo.

Her favorite flight attendant experience stemmed from a compliment she received from a passenger.  In her words: there was a blind passenger who came on the plane. She was upset with the gate agent and the way she was treated. My job when a blind person comes is to brief them to make sure they know where the nearest exit is. I introduced myself and went through the entire safety briefing. By then end, she told me she really appreciated the fact that I took the time to talk to her. I asked if I could do anything more to help, and I ended up getting the gate agent’s name for her so she could report the incident. By the end of the flight she was smiling and having a really good time, all because I took the time to sit and talk to her. 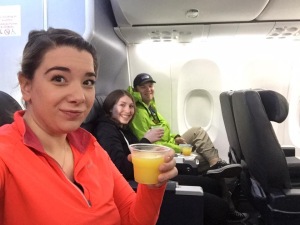 Free first class travel for you and your family – a pretty good perk!

Enjoy your next flight adventure, whether it’s for a week or a weekend, and be sure to thank your flight attendants! Maybe you’ll even run into Nicole. If you do, tell her that we said hello!

P.S. We did ask, on behalf of our readers, if the “mile high club” really exists. Nicole neither confirmed nor denied its existence…